How Is A Pilot’s Salary Calculated?

How do pilots get such high salaries? 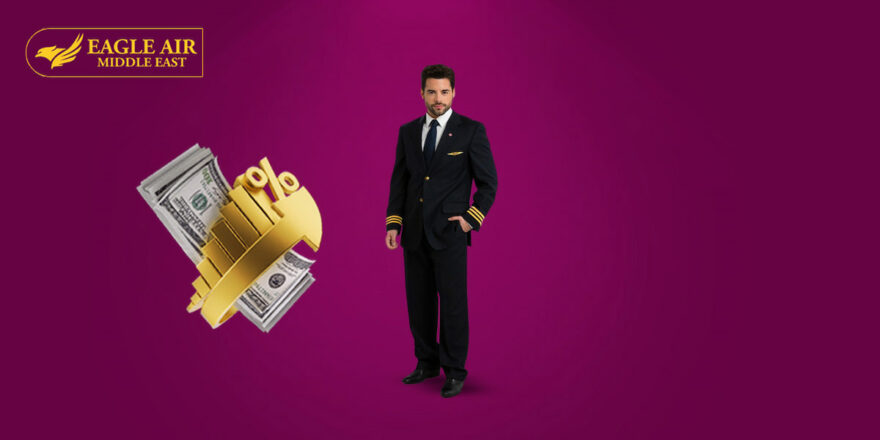 The aviation industry is a great career option for many. However, one of the many aspects that people wonder about is the salary; is it really as high as they say?

How Much Is An Airline Pilot’s Salary?

There are plenty of benefits when it comes to becoming a pilot. Most people dream of becoming one because they would like to travel the world and fly in the clouds. But due to the rising demand of pilots in the industry, pilots’ salaries have become very high. The high salary is a great reason to start a career in the aviation industry, given that the average salary for a pilot in the US is between $42,000 and $350,000.

How Much Do Pilots Make?

First of all, we have to consider that pilot

s are paid by the hour. Pilots aren’t allowed to fly for more than 1,000 hours per year, this is to ensure that they’re not being overworked and that they can safely fly an airplane once they’re in the cockpit.

But don’t let the decreased number of hours fool you! GlassDoor, a website where people report their salaries, reported that the average base pilot annual pay in the U.S. was $113,709. They based this on reported salaries from 235 pilots. While in 2020, the average pilot salary at Southwest is $178,765.

What Is A Pilot’s Starting Pay?

Most pilots’ first paid job is the position of a certified flight instructor. In 2013, a law was passed to require pilots to first become flight instructors and teach others for 1,500 hours before getting their pilot licenses.

Most certified flight instructors get an average salary of $30-40 per hour. Once a pilot earns their license, they’re hired as junior First Officer at a regional airline and expect an hourly rate of $35-70.

What Steps Can A Pilot Take To Earn At The Top?

Here’s what you need to do in order to become a top pilot!

Have you wondered why some pilots are paid more than others? Simple, it’s because of the number of licenses that a pilot has. The more licenses you get, the more hours you’ll spend on training which in turn means that you’re very qualified and experienced.

Here are some licenses that you should consider:

Are pilot incomes expected to increase?

Yes, being a pilot is one of the few ways to get yourself a job with a constantly increasing pay. For example: Southwest Airlines will increase pilots’ salaries by almost 30% in 2020. Their average pay in 2015 was $230,626, so their salary is definitely above average. Due to the high demand for pilots in the industry, airline pilots’ salaries are sure to keep on rising as well!

Becoming a pilot is a great experience on its own, add to that the amazing salary as well as the bonuses and you’ll get yourself a dream job