Pilot’s Salary: How To Become A Millionaire

Pilots have high salaries that can reach up to $7 million. Find out how! 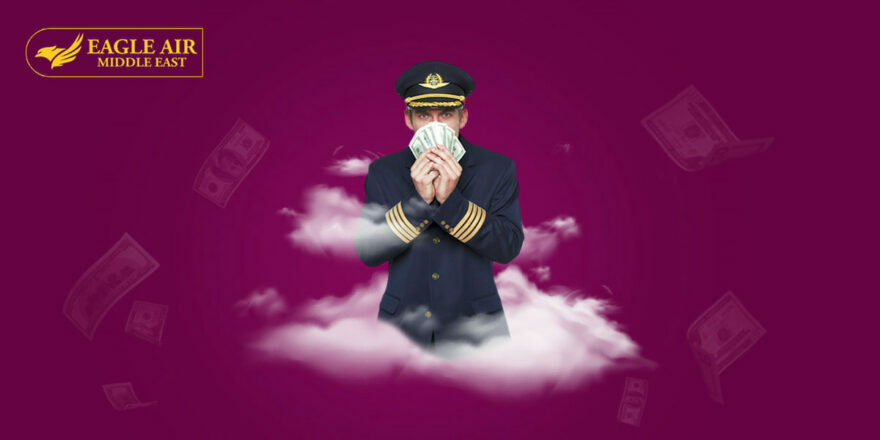 Due to the constant high demand for pilots and their rising salaries, the aviation industry is a great option for your future career. Unlike most other professions, pilots get paid per hour instead of the regular flat annual salary.

How Much Do Pilots Make A Year?

Being a pilot is rewarding both in terms of experience and also when it comes to the payment. According to The Occupational Outlook Handbook, the average of a pilot’s salary in May 2019 was $86,080.

In addition to the salary, pilots get multiple bonuses such as health insurance, life insurance and retirement plans. Sometimes those plans can even exceed the regular pay of other employees! Pilots tend to raise their salaries the more they gain experience.

Top Countries with The Highest Pilot Salaries In The World

Since the pilot’s salary is calculated by the hour, long flights tend to be a lot more rewarding than short ones. This is why a lot of pilots choose to go for international flights rather than regional ones. Here, we have compiled a list of countries where pilots get paid the highest.

Being one of the best paying Middle Eastern countries for pilots. Qatar Airways is the biggest airline there and a captain’s base salary is QAR50,000 ($13,732) while a more experienced captain earns around QAR69,000 (around $19,000) a month. The average annual salary for a Qatar Airway pilot is $220,000.

Air France is the national airline in France. Experienced pilots working for this airline earn about €208,000 ($235,000) after a couple of hours of flying.

Airline Pilots Can Earn $7 Million Over Their Career

New data reveals that a young man in his 20’s can earn up to $7 million working as a pilot by the time he’s 65 years old. By extension, this means that by the time you’re in your 30’s, you’ll have already made about $3-$4 million.

There’s no doubt that the average pilot can earn a very comfortable living travelling the world and flying aircrafts.

Here, we explain exactly how pilots get paid.

Firstly, learning about pilots’ salaries can be confusing. This is because the ending salary is so much higher than the starting one. For example, the ending pay for a captain in a major airline could get up to several hundred thousand per year, not to mention that pilots get paid by the hour so your salary highly depends on your own efforts to earn.

Working as a flight instructor will allow your annual salary to reach $50,000 in the first two years while becoming a captain a few years later can make you earn up to $7 million!

What Steps Can A Pilot Take To Earn At The Top?

Pilots’ salaries can reach millions! But how can you make sure you’re on the right path for this salary?

Be a Good Pilot

It goes without saying that the better you are at doing your job, the higher your salary will get. In order to be a good pilot, you need to take your currency requirements seriously and make safety your top priority. You also need to take care of your health and have a balanced diet.

Be a Good Employee

Which means you need to be on time. And you also need to secure a friendly work environments between your colleagues.

Find out what airlines are paying a pilot with your expertise and experience. We should also keep in mind the bonuses that pilots get in each airline.

Whether you’re going on your first interview or your fifth, make sure you know a lot about the airline you’re applying to work in.

It’s become clear that becoming a pilot in this day and age is one of the best opportunities that allow you to have a six-figure salary by the time you’re 30 years old.

If you’re 18 years old and dream of becoming a pilot, don’t hesitate to join our aviation school and take a step closer to your dream job!